Background: Busulfan (Bu) is an anticancer drug with a variety of adverse effects for cancer patients. Oxidative stress has been considered as a common pathological mechanism and it has a key role in the initiation and progression of liver injury by Bu.

Aim: The study aimed to evaluate the antioxidant impact of L-Carnitine and Coenzyme Q10 and their protective role against oxidative stress damage in liver tissues.

Conclusion: L-Car, as well as CoQ10, can enhance the hepatotoxic effects of Bu by promoting energy production in oxidative phosphorylation process and by scavenging the free radicals. 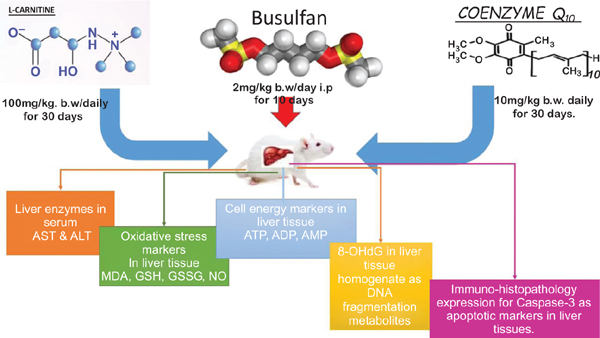